WHAT IS A HYBRID ELECTRIC VEHICLE?

Are you ready to reduce your carbon footprint without changing your driving habits? Do you drive long distances and spend a lot of money on fuel? Toyota’s Hybrid Electric Vehicles (HEV) save fuel, reduce emissions and recharge their electric batteries without the need for external plugs or wires. You might think they are complicated to own, yet the opposite is true – they are here to make your life easier while helping the environment. From a driving experience, HEVs run like any other car, yet they drive many more miles for much less fuel.

Hybrid simply means two sources. In a nutshell, it is using two sources of energy to get a machine going. In the case of a Toyota, it is using a petrol engine and a battery powered electric motor that does not need external charging. Toyota Hybrid Electric Vehicle (HEV) is a smart technology, telling the car when to switch between petrol and electric power and when to combine both for maximum efficiency, responsive torque and a smooth quiet drive.

If you drive on busy roads, HEV is your best choice as it runs purely on electric power on low speeds, using no fuel and emitting no CO2.

Here are some simple truths about HEV that you need to be aware of:

HOW DOES IT WORK?

Turning on the car: Don’t be fooled. It is on but you will not hear a sound. Just press the pedal and you are already running

Low speed: At low speeds, only the electric motor is engaged. This means no noise and no fuel is being used, thereby creating no pollution.

Standstill: Both engines are automatically switched off so no energy is wasted when idling.

Uphill: Both engines power the vehicle to deliver maximum performance.

Deceleration and Braking: The system recycles the kinetic energy from the braking exercise to charge the battery.

Acceleration: Both engines power the vehicle to deliver maximum performance.

HEV WORLDWIDE AND IN THE UAE

From the roads to the racetracks, Toyota HEVs are continuing to grow in performance and popularity. Around12 million Toyota Electrified Vehicles run on roads since 1997. These vehicles have contributed to a reduction of more than 90 million tons of CO2 compared to sales of equivalent conventional cars.

In the UAE, the hybrid story began in 2008, when Al-Futtaim Toyota introduced the Camry HEV to taxi fleets. Since then, over 4000 HEVs have been sold, saving the UAE over 340,000 tons of CO2, and contributing to a cleaner air quality, in line with the UAE’s 2021 Vision.

The next two years will see the arrival of a greater number of HEV models to our showrooms, giving you an HEV that suits your taste and needs 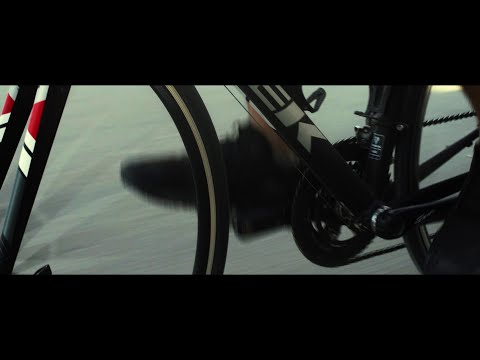 Back
Compare Saved Vehicles
Top
Close
Your Cookie Settings
Select your cookie settings
Strictly Necessary Strictly Necessary cookies are essential to let you move around the website and use its features, such as accessing secure areas, shopping baskets and online billing. These cookies allow our website to provide services at your request.
Performance Performance cookies collect information about how you use our website e.g. which pages you visit most often, and if you experience any error messages. They also allow us to update our website to improve performance and tailor it to your preferences. These cookies do not collect any information that could identify you - all the information collected is anonymous. They will not be used to target adverts to you on other websites.
Functional Functionality cookies are used to remember the choices you make, e.g. your user name, log in details and language preferences. They also remember any customisations you make to the website to give you enhanced, more personal features.
Targeting Targeting cookies collect information about your browsing habits to deliver adverts which are more relevant to you and your interests. They also measure the effectiveness of advertising campaigns.
Save Settings
Cancel Changes

Your settings will take affect when you refresh the page or move to a new page. Find out more about cookies